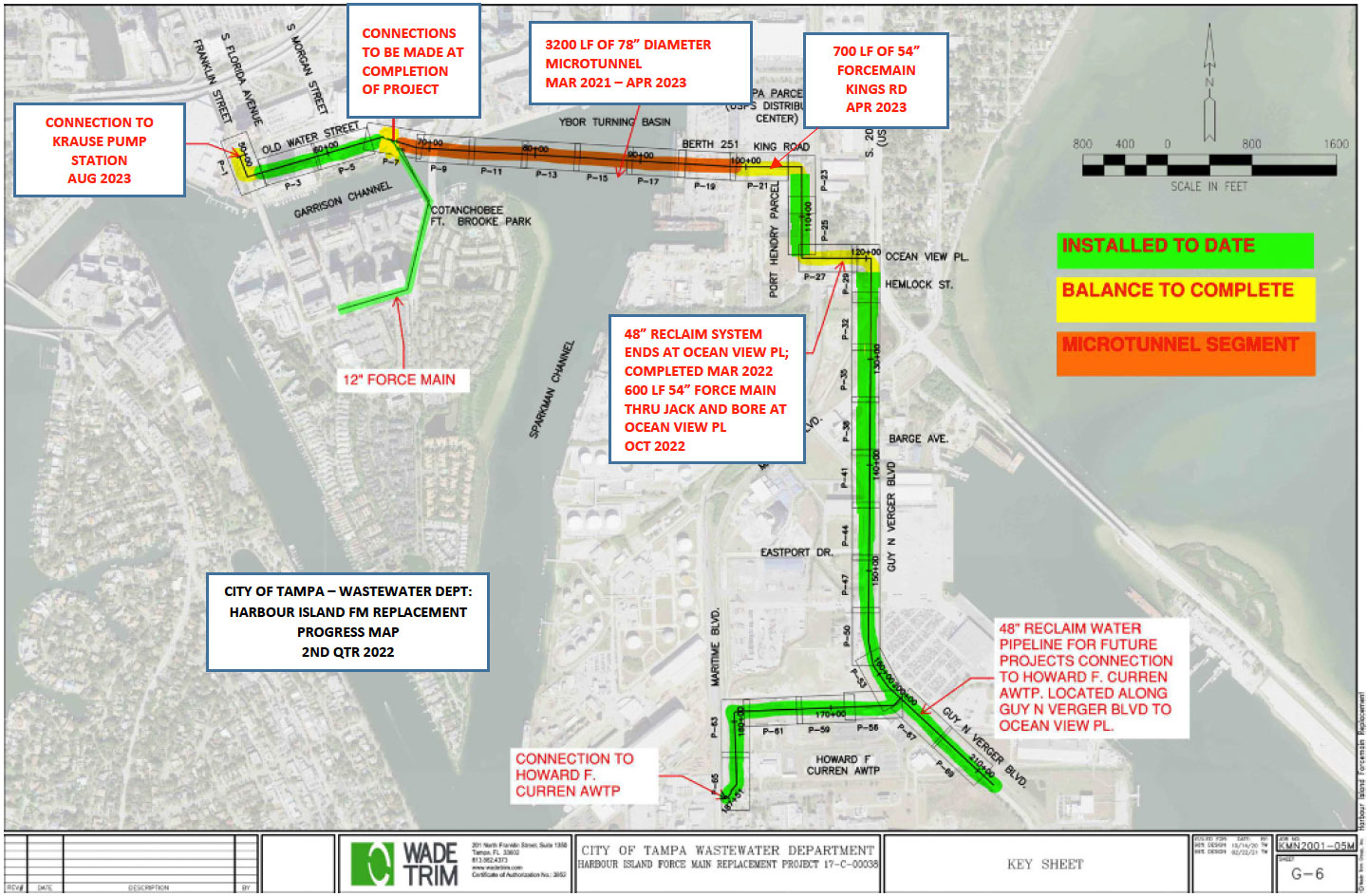 The project will include the installation of approximately 9,000 LF of 48” and 54” Force Main pipeline from the Krause Pump Station to the Howard F. Curren AWTP.  A 3,200 LF 78” Diameter steel casing Microtunnel was selected to be installed under the Ybor Turning Basin to reduce the length of the pipeline route and impacts to the local businesses and residents.

Approximately 5,500 LF of 48” diameter reclaim water pipeline will also be installed from the southern end of Guy N. Verger Blvd east of the treatment plant north to Ocean View PL.  This pipeline is providing increased value as it is being installed alongside of the Force Main pipeline and will provide a future connection point to the Howard F. Curren AWTP outside of Port Tampa Bay.

An early segment of Force main pipeline was installed in 2019 on Old Water Street from Franklin Street to S. Morgan Street as a coordinated effort with the City and local businesses to minimize impacts, while the remainder of the project design and route selection were being completed.  Construction of a 12-inch force main was completed in June 2020 to provide a connection between the wastewater system on Harbour Island and the new Harbour Island force main. Construction on the final phase (GMP3) began in December 2020 at the southern end of the project along Guy N. Verger Blvd and the treatment plant. Construction has continued through 2021 with the installation of both the Force Main and Reclaim Water lines moving north within Port Tampa Bay along Guy N. Verger Blvd to Maritime Blvd. The entire project is scheduled to be completed by October 2023.